The Making of a Champion

Growing evidence reveals the positive influence that fathers have on the development and well-being of children.  High paternal involvement predicts adult social interaction styles, married relationships, parenting skills, and mental health.  Such is the case with Adam MacKinnon, recently crowned Gold medal winner in the Nationals held at Indian Wells.  Adam and his son, Theo, achieved Gold in Men’s Doubles (19+, 4.5 level) for the second consecutive  year (last year at the 4.0 level).  Incidentally, Adam was the oldest player (50 years old) in this year’s category and Theo the youngest (15 years old).

At the outset of the interview, Adam was more interested in expressing his appreciation for the financial sponsorship from OPC rather then his accomplishments on the court.  He elaborated on the financial difficulty in keeping up on the Pickleball circuit and consequently limits themselves to six tournaments per year.  I couldn’t help to reflect in his representation of a fantastic “model” to emulate.

My first question was directed at what makes Adam and Theo an excellent team.  Adam responded by saying that his father first introduced him to competition in the game of Snooker where he learned the importance of control and the soft game.  He went on to say that the lesson most imparted to him from his Dad is that performance is enhanced with a calm, passive and supported rather than demonstrative attributes.  Adam has taught Theo the lessons he learned from his Dad, explaining how much patience,  “without being flashy”, frustrates opposing teams.  He called this “creative control” where he plays the soft game hitting at the feet, wearing down his opponents and makes adjustments based upon game progression.

Upon attaining the 5.0 player level, Adam is currently in a quandary for future tournaments with fees being higher to accommodate the  prize money which supports high level pros. He questions whether to continue his partnership with Theo, whom he feels has a better potential to compete at this level. With the family position of not to seek corporate sponsorship because of commercial exposure (yes, family values are more important than winning), and with Adam recently winning Gold in the 50+ category at the West Regionals, he seems to be transitioning into senior level play.

Currently you can take private or group lessons from Adam through the Oakmont Pickleball club by contacting Connie Medieros (843-4447) to make arrangements which are available on Wednesday or Thursdays.  The feedback is that individuals who have taken lessons (all levels) have significantly improved their game. I plan on taking lessons in the near future hoping to enhance my soft and patient game play. Here’s wishing everyone a very Happy Holiday. 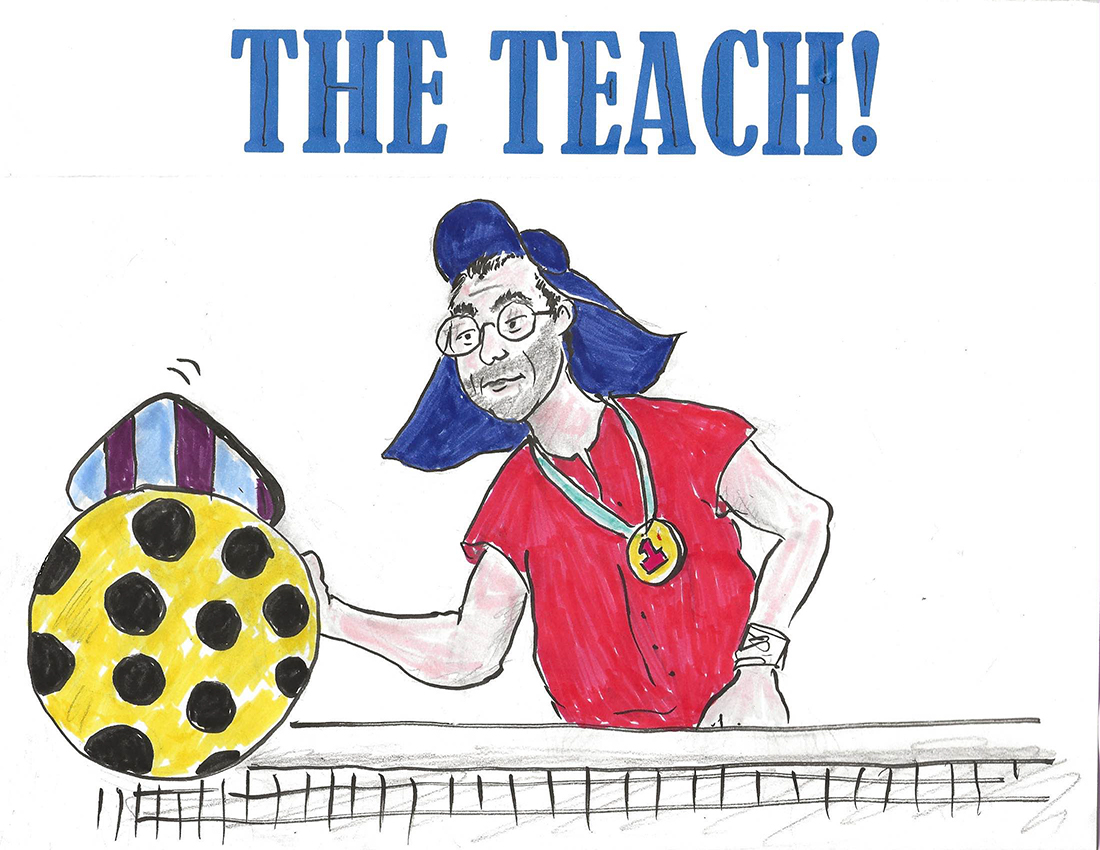