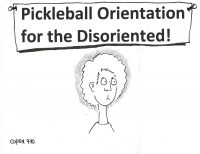 I’ve been playing pickleball for over 3 years and try to be a student of the game.  I’ve taken private lessons, watched instructional videos, and ardently drill trained.  I really want to improve my game, but as a player of modest ability and along with increasing age, improvement comes at a snail’s pace.  During this pandemic, I’ve noticed a considerable amount of new players who are interested in learning the game and improving their play.  I think it might be interesting to share some  brief basic guidelines:

Following is a test that will hopefully give you a better understanding of the game.

Pickleball 101 test:  match each word with a description

Note:  Answers will appear in the next article.

Pickleball has opened up again for many of the new and experienced players with precautions and restrictions.  Most pros will agree that the one common denominator in pickleball is to focus on the fundamentals (body positioning, foot work, shot selection).  Jim Hackenberg (professional player) in a recent interview in Pickleball Magazine, June/July 2020 edition, states that the two key fundamental shots in pickleball are the first two shots of every point:  the serve and the return of serve.  Remember, anyone can play, young and old.  Now go out, get moving, interact with others and most importantly have fun! 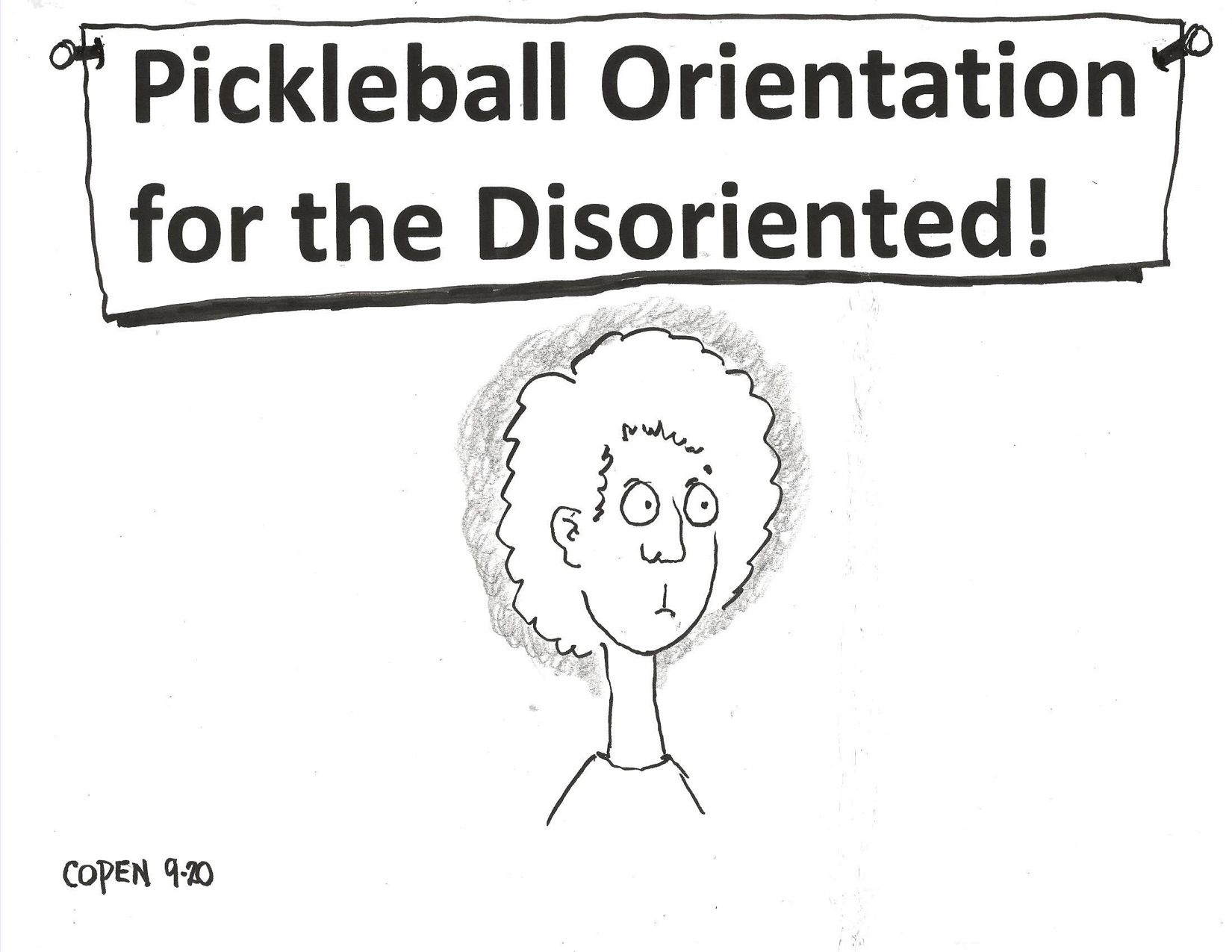 I’ve lived in Oakmont with my wife Marlena for over 5 ½ years. Unsurprisingly, I’m retired and people always ask, “What did you do for