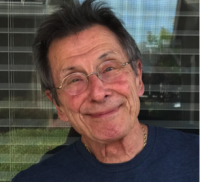 My soccer coach made this comment in my school Yearbook when I was about 15 years old.

“KROHN: Despite his enthusiasm, his lack of speed was too great a handicap for him to overcome.” (It was printed on white glossy stock for all my classmates, their parents and mine to read). It’s a bit strange he wrote that because truth be told, I come from a long, long line of runners. They were the Diaspora of people who for several thousand years had to run from one place to another. In the 1930’s my family had to run from Berlin to Milano; a while after that Mussolini gave us six months to leave Italy.  We ran to Paris, Le Havre and finally by ship, we made our way to Montreal. We were so fortunate, three weeks later and we would have had a train ride in the opposite direction, (standing room only), in a cattle car.

But the soccer coach was right about my lack of speed – so if you see my paddle up on the fence consider yourself forewarned…you might want to partner up with someone else.  All kidding aside, here are a few words that capture what I love about the OPC. They were written and displayed in the hallway of my school and I quote, “When the great scorer comes to place a mark against your name, He cares not if you won or lost, but how you played the game”.

How OPC members play the game, how they acknowledge a good point or effort by the other team, how they encourage and help one another, is heart-warming. I love this good sportsman/sportswomanship.

OK this is supposed to be a Bio, so back to the facts.  I have five children and two grandchildren. I have been married twice. I was among a group of Montreal poets and read my poems along with Leonard Cohen in a Jewish Deli/Coffee bar.  I established and ran an advertising agency in bilingual Montreal. We were voted the most creative agency by our peers. (PS I despise most advertising these days).

I invented a new type of Pantyhose. After almost two decades in that profession, I came to California, went to Graduate school and eventually established a private practice and founded the Couples Center. (If you were paying attention to my marital history above, you might be raising an eyebrow). I won Grand Champion at the Gravenstein Fair three times. (One time there were 58 entries). I am also an artist www.blessingsoftheearth.com

Finally, I am part of a group of Holocaust survivors who go into the High Schools to tell our stories to the students and to teach about moral and ethical responses to prejudice, bullying and to encourage students to speak-out against intolerance. 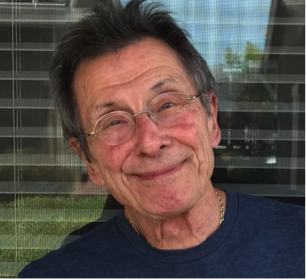