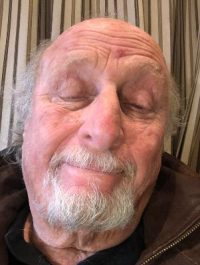 Where do you live?  In gratitude.

What do you love? Life, people and Love.

Who do you focus your love on?  My beautiful wife, children & grandchildren.  And people who suffer.

How old are you?  I’m not.  My body, however, is chronologically challenged.

What’s your favorite thing to do?  To just be.

What did you do professionally when you weren’t just being?  A businessman, an alternative school educator, a world peace educator.

What’s your favorite thing to be? Kind

What do you value a lot?  Compassion

What’s your favorite joke?  It’s not a joke, but a favorite quote from Voltaire: “God is a comedian playing to an audience that is too afraid to laugh.”

But if you had to pick a joke?  OK.  Murray jumps out of the Empire State Building and lands on 5th Avenue.  A cop runs over to him.  “What’s going on here?”, he asks.  Murray says: “I don’t know, I just got here myself.”

What has pickleball done for you? It significantly changed my life for the better.  I have met my best friends in Oakmont through it.  It has aided my physical and mental/emotion health through the exercise and the camaraderie with special, wonderful people who for some reason are younger than me.

What are some of your accomplishments?

Global Educator Award, 2013, The My Hero Project; UNESCO Award for Outstanding Contribution to International Education, Shanghai, China 2008; 2007 Critical Impact Award for Innovative and Bold Solutions to Enhance the Common Good; Finalist in the field of Innovative Educational Applications of Technology by The World Technology Network, 2004; Educational Technology Innovator Award, ThinkQuest; 1988 Founder and Director of the International Education and Resource Network (iEARN) linking schools by the Internet in over 140 countries; First to link high schools in The Former Soviet Union and the United States by email, video telephones and exchanges, 1988; 1999 Dean’s Award For Excellence in Education; Nominated for Teacher of the Year in New York State, 1982; Pi Lamda Theta Award for excellence in curriculum development, 1982; Co-creator and Director of The Walkabout Program – acknowledged as one of the top 40 experiential programs in the U.S. by the National Institute of Education,1980; President of VIP Pockets, Inc. 1969;  and Purveyor of Bad Jokes, awarded unrelentingly by my family. 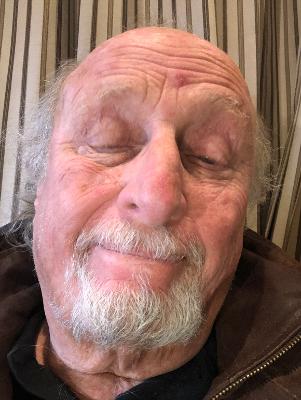