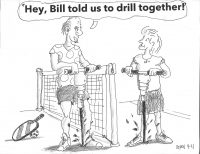 What’s the best way to improve in pickleball? While taking a lesson, I remember an instructor from Bend, Oregon suggested that playing with better players was the fastest way to go from beginner to an intermediate-level player. She also said, “Each player starts off either being overly defensive – or being really aggressive and trying to smash every ball. But it’s important to remember that the best players can do everything (1) play defensively and avoid unforced errors, (2) take advantage of every opportunity to go on the offensive to win the point, and (3) adapt instinctively to each new event that occurs on the court.” She had some suggestions for both beginners and intermediate players:

2.  The best offensive position is when both partners are at the no-volley line (NVL), and they form a wall (a big problem for their opponents). Once at the NVL, try not to retreat. Hold your ground.

3.  When returning serve, hit your return and get to the NVL quickly (it helps to hit a deep, soft return shot to give you plenty of time to get to the NVL).

4.  If you’re at the NVL, think offensively. If a ball pops up that you can take advantage of, try to put the ball away.

5.  Alternatively, if your opponent hits a shot that drops below the top of the net, think defensively. While standing at the NVL, you can hit a “dink shot” that is a soft shot that lands in the kitchen. It is very effective as a defensive tactic. But it takes a lot of practice to be able to dink consistently and with confidence.

6.  Drilling is essential to improve your game. Find a drilling partner and practice for 15-30 minutes (or more) before playing games. Try dinking crosscourt in addition to straight on. To get used to hard returns, try the “four-player volley drill” with all four players at the NVL and attempting to keep the ball in the air when hitting returns.

7.  Other drills include:  (1) practice serves and returns of serve, (2) practice lobs with two players on opposite baselines, (3) practice groundstrokes crosscourt, and (4) practice control shots with one player in the middle of the court (feeder) and the other player (standing at different locations on the court) trying to hit balls that land at the feet of the feeding player.

8.  Finally, another important drill for intermediate-level players is “third shot drops” where one player is at the baseline. The other player (at the NVL) keeps feeding the ball to the player at the baseline who tries to hit a soft, arching shot that lands in the kitchen. This shot is used by members of the serving team who must let the return of serve bounce. The goal is to hit a “third shot drop” and for both partners (of the serving team) to advance to the NVL.

New Player Orientation:  Arrangements can be made by contacting Nancy Lande at 978-2998 to schedule a session. Demo loaner paddles are available by contacting Doc Savarese at 349-9065. 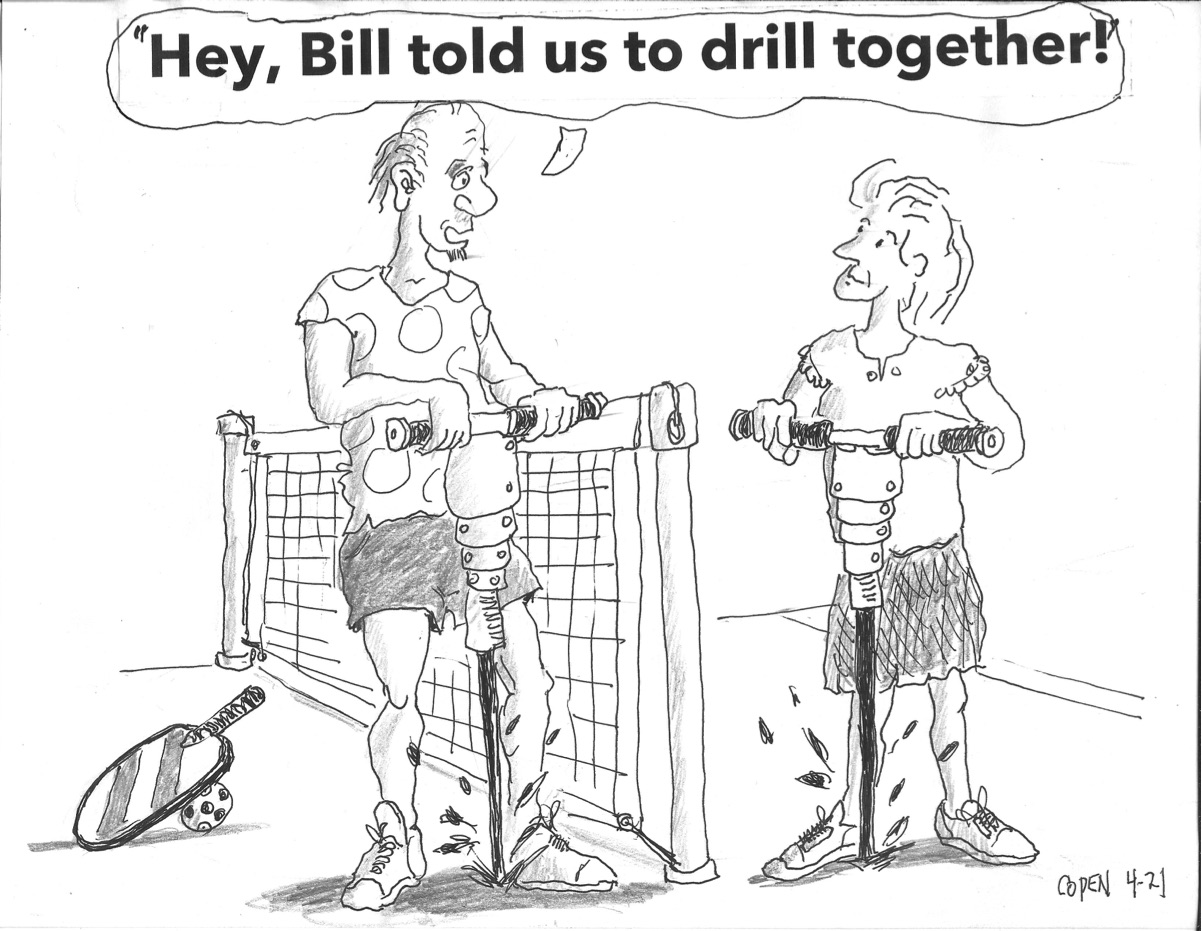 Check out this Sports Illustrated article…then give yourself a pat on the back for being on the cusp of the Wild West sporting world. https://www.si.com/sports-illustrated/2022/05/24/pickleball-fastest-growing-sport-daily-cover.

Brenda Johns is the Treasurer of the Oakmont Pickleball Club for 2022. Brenda and her husband Martin have been in Oakmont for six years, and