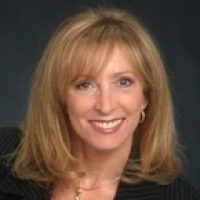 I was born and raised in the San Francisco Bay Area, in a small town called Piedmont in the Berkeley / Oakland Hills.  My Piedmont High School graduating class had only 199 students.  I attended San Diego State University and my junior year of college studied abroad at the University of Uppsala in Sweden. That’s when my lust for travel blossomed. I returned to California and graduated from U.C. Berkeley with a Bachelor of Arts degree.  My love of music and the arts led to my first career in the radio and record industry, as well as acting in TV commercials & films.   I was fortunate to work my way up become Music Director at San Francisco’s legendary radio station, KSAN, the first free-form station in the nation.  Lots of wild stories there!  I left the City in 1984 for beautiful Sonoma County (to marry my “practice husband”) and have lived here ever since.

In 1986, I began my Real Estate career. So that’s 35 years of helping clients accomplish their objective with enjoyment.  A Real Estate transaction can be high on the stress-o-meter, so my goal has always been to take the pressure out of buying or selling properties for my clients.  I feel that when you love your job, folks pick up on that vibe and success for everyone follows.  People often ask when I am going to retire.  I will never entirely retire, I like real estate too much, but I do want more time for Pickleball and travel, now that we can (almost)!

In 2005 a friend kept telling me I should meet his buddy, John Brodey.  I resisted, asking him, why in the world would I want to go out with a guy who lives in Los Angeles, has two teenagers and whose ex-wife I worked with at the same record company?  I was coaxed into “just a dinner”….and that was it!  We commuted up and down the dreadful Hwy 5 for three years and were married on 08/08/08.  Later that year we moved into the Villages at Wild Oak. We live there with Olive, the kitten we rescued from the side of a road in Los Olivos, just before the pandemic. She’s quite the character!

John and I both love traveling and have had the opportunity to eat and drink (love that too!!) in some pretty spectacular places around the world like Turkey, Viet Nam, Greece, Cambodia, South Africa, Australia, all over Europe, New Zealand, Tahiti, Thailand just to name a few.

In the future, I hope to add more countries to the list, help more clients and keep improving my PB game!